A year after James and Jane Liggett were married, they had their first child, Lena Alna, who was born on August 6, 1837, in Pennsylvania. This fifth year after coming to America, perhaps with the end of his indenture, the three of them journeyed hundreds of miles to the Northwest Territory. 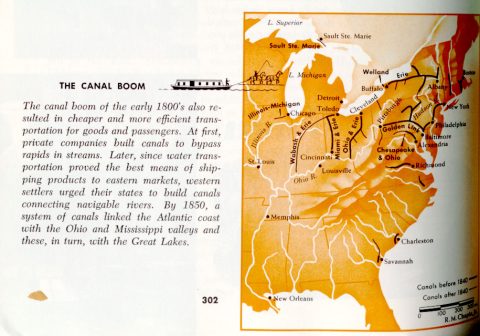 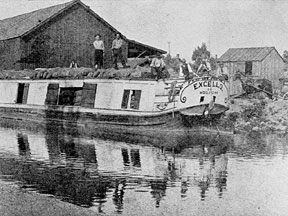 The Liggetts settled in Lemon Township, just outside the city limits of Middletown, Butler County, Ohio, and lived there for seventeen years, from 1837 to 1854. Middletown is located on the Great Miami River, near the Indiana border and just north of Cincinnati. It became a center of trade with the completion of the Miami-Erie Canal, which connected the Great Lakes with the Ohio River, between Toledo and Cincinnati, in 1845. This along, with the railroads, attracted paper, steel, machine tools, safe, and bicycle industries. 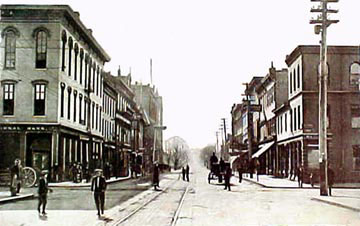 Middletown, Ohio, is where James and Jane Liggett had four more children: Thomas J. born in 1838, daughter Elizabeth J. in 1843, son Martin V. B. in Oct. 1845, and George A. M. on February 26, 1847. In the 1850 Census, James Liggett listed his occupation as weaver and had $400 in real estate. There are papers at the Ohio Historical Society for a firm called T & R Liggett, dated in 1836-1838. Perhaps James joined up with his brother or another relative there. A Thomas Liggett is listed in the 1840 Census for Middletown and James named his first son, Thomas.